My understanding of Big Data and what it means for HR

My understanding of Big Data and what it means for HR

Disclaimer: I am not qualified or experienced in Data Science – the (probably) hottest skill in the market today and one that anchors Big Data.

Big Data, as I see is understanding one’s preferences in finer detail and increasing the probability that choices that fit our preferences are presented to us. So there are actually two things in play here. One is profiling and two, selection.

Let me explain. I like reading books and a certain variety of books. Lets say I like reading Financial Thrillers written in English that have been published in the last decade or so. Big Data (lets use it as Service Provider in this write up) keeps collecting data of my behavior like the titles of the books that I bought, the book reviews sites or blogs I visited and which of these pages within them I spent time on and what were those pages about and such. Different pieces of data are connected (titles bought, pages visited etc), and data not making sense or not forming a pattern eliminated (such as book on sci-fi I bought but that was just once). Based on these my reading profile is constructed. It is concluded that the probability that I will buy a Financial Thriller is high. That was the profiling part of the Big Data

“Aha, this is a book I need to buy!” – that’s the feeling that the marketer wants to evoke in me. So he needs to select the right books for me – select and present 3 or 5 or 10 (not too many, not too less). There are millions of books out there – in different languages, genres, written by different authors, written at different times, rated by different people differently, and so on. From these millions Big Data selects for me those 3 Financial Thrillers that are likely catch my interest or “engage” me and one of which at least I will buy. So in a way it is of selection of say 5 from the millions.

At this stage Big Data starts doing one more interesting thing – try to become bigger and bigger. Why? Only when the number of books is more the probability that the books that are of my preference in that range of book is higher. Finding the right 3 books in 2 million is more probable than finding them in 1 million. Big Data keeps trying to grow bigger, expanding services, collaborating, taking over competition or smaller players and so on.

Big Data is similar for different fields not just E Commerce, such as healthcare, social networking and finance.

To recap, the two important aspects of Big Data’s success or rather fulfillment of our specific needs are one, a good profiling and two, assimilation of data in massive scale.

We miss this thing in the talentscape, essentially for these two reasons. One, lack of profiling of skills – in a structured manner like the attributes of a product. And two, large data pool of skills. Whatever pools of data exists say in HRIS of companies or in job boards are not massive enough. And because of this we in the talentscape are not benefiting from Big Data movement. And because of this, our need for “right” job is not fulfilled effectively. Big Data in HR, as it is being often referred, does not actually refers to, what Big Data is doing in the other domain.

As an attempt to solve at least one of the two problems – lack of profiling and lack of massive data – that we have in the talentscape,  It’s Your Skills has created a Skills Profile which could be used by anyone and everyone to create skills profile.

Ramu heads up the It’s Your Skills team and enjoys being completely hands on with day-to-day operations. An engineer from the Indian Institute of Technology at BHU in Varanasi and with an MBA in HR from XLRI in Jamshedpur, his key objectives are conceptualizing and developing ideas for solutions, driving product development and business strategy. A creative and strategic thinker, Ramu has a rich and distinguished career with almost a quarter of century spent in senior management positions in the IT, FMCG and HR sectors.
Previous PostAre HR applications really knowledge-centric?

Next PostFrustrated with recruitment not giving results? 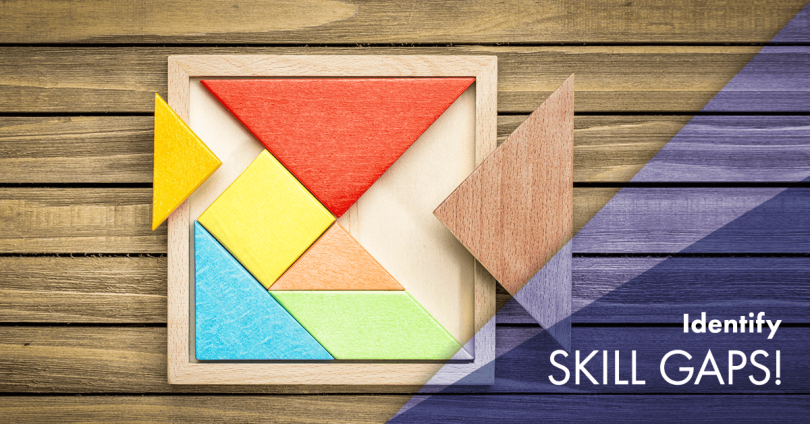 What Is a Skill Gap Analysis and Why It Is Important?